Trump Steals the Thunder from House of Cards

Unbelievable. That the world outside of this fictitious black heart Frank Underwood should be more incredible. Franks problems and his solutions seem tame compared to Donald Trump. Imagine this as a plot. The Russians hack our election and Frank makes a deal with them to throw the election his way and he will back off on sanctions and look the other way as they invade countries. And then a Special Prosecutor is hired and the noose tightens. Viewers would be on the edge of their respective couches.

And Claire doesn't want to live in the White House. In fact Claire doesn't want to be First Lady at all and would rather raise their son in New York where she ends up staying. Frank then goes to Europe while scandal abounds and tells our allies its game over. That the United States might not come to their aid if attacked. Meanwhile he fires the FBI cheif when he wouldnt play ball after a Frank Underwood dinner where he demands allegiance. Then his son in law gets nailed for setting up a secret communication link with the Russians.

You cannot make this stuff up. House of Cards really ended last season when that new show came on.  The House of Trump. 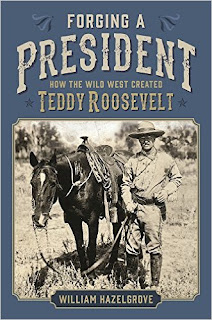 Posted by William Hazelgrove at 7:08 AM