The Worst of White People--Homeowners Association 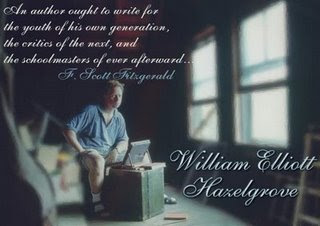 White culture is all about restriction and conformity. See "homeowners association" or "covenant." What better way to restrict peoples behaviour than by passing a set of rules that dictate the way people must live in their homes. A covenant is a set of rules imposed by the Homeowners Association. This is an arbitrary group of neighbors who make it their business to get into everyone elses business. This institutionalized watchdog group makes sure their will is imposed through community pressure or lawsuits. Sometimes there is the lone vigilante who will enforce the Homeowners Associations agenda.
These creatures come from an "us versus them" mentality. The gated community begins with a covenant. It is a way to keep out the unwanted element. There is a racial aspect to these covenants but they are very clever about submerging it in cultural mores and taboos. In the movie A Raisin In The Sun, the Homeowners Association was represented by a small bald headed man who requested Sidney Poitier not move into the neighborhood. He summed it up by saying the Homeowners Association was doing it for the "colored families" own good and they wouldn't be happy there. Sidney threw him out and they moved anyway.
Now we have covenants that enforce everything from Christmas lights to what type of fence a person can put it. In my own suburb there are rules that are clearly designed to keep out the "other" Here is an example of a few. "No Commercial Vehicles." In other words, plumbers, carpenters and tradesmen need not apply. Real white people have corporate jobs. "No Boats or Recreational Vehicles." No working class people because clearly only a working class person would be gauche enough to park an RV or a "BOAT" in their drive. How tacky. "Only Houses constructed of brick or a stone material." Translation--no cheap frame homes...deadbeats need not apply. Brick homes are much more expensive. "NO SKYLIGHTS NO ANTENNAS NO SATELLITE DISHES. Tacky and cheap people need not apply. Real white people do not have any need for a skylight or a satellite dish when cable brings in hundreds of channels to hundred thousand dollar basements.
The New York Times ran an article a while ago saying that modern suburbs are very sterile now. They pointed to the rise of covenants that prohibit a normal progression toward community. The covenants keep the new suburbs in a permanent state of just moved in. Consequently, nothing changes, nothing evolves. People do not live in their neighborhoods anymore. They live in their houses. The modular life.
In my own suburb a tether ball was tied to a light post. Kids came like moths to a light and played every day. It felt like a normal neighborhood. Just the other day I got a notice in my mailbox saying that the tether ball would be cut down because of a liability issue. How sad. How pathetic. No wonder American life has become so cold and alienating.
http://www.billhazelgrove.com/
Posted by William Hazelgrove at 9:27 AM